The adventure of Children of Morta is not over yet, traveler! We have plenty of updates planned for the upcoming months, including free DLCs with new content but also big, paid expansions that will allow you to spend even more time with the Bergsons. To learn more about the plans for the game, be sure to check our roadmap.

IT RUNS IN THE FAMILY
Children of Morta is an action RPG with a rogue-lite approach to character development, where you don’t play a single character - but a whole, extraordinary family of heroes. Hack’n’slash through hordes of enemies in procedurally generated dungeons, caves and lands and lead the family of Bergsons, with all their flaws and virtues, against the forthcoming Corruption.

GAMEPLAY
Gameplay-wise it's a unique mix of action-adventure RPG, rogue-lite and hack and slash game. By leveling up, you develop not only individual characters but also the entire family. There is no permadeath and you can change family members between the dungeon runs.

STORY
The story takes place in a distant land but copes with themes and emotions common to all of us: love and hope, longing and uncertainty, ultimately loss... and sacrifice we are willing to make to save the ones we care the most for. Ultimately, it's about a family of heroes standing against the encroaching darkness.

DUNGEON CRAWLING
All the dungeons in the game are procedurally generated, which means their layout is different with each adventure. There can be from two to four levels of each dungeon, with a unique boss fight at the end. You can always get back to the previous dungeons to get extra XP or finish all the side quests.

CHARACTERS & SKILLS
Ranged attacks, magic spells, blocks, stuns, evasions and passive skills - it’s all there for you to discover, unlock and upgrade. You can choose from six different family members, each one having unique skill sets. The father, John - a protective warrior with a sword and shield. The elder daughter Linda - a precise archer. Kevin, a quiet fighter equipped with deadly daggers. Lucy - a lively and bold fire mage. Mark - a mindful martial arts fighter. And Joey who smashes his enemies with a sledgehammer.

ART STYLE
A combination of hand-painted pixel art and frame-by-frame animations partnered with modern lighting techniques come to life to create the beautifully dangerous world of Children of Morta! 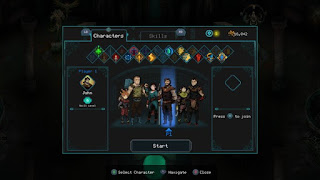 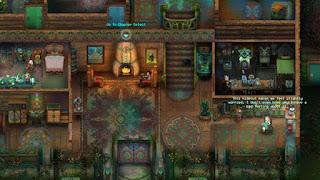 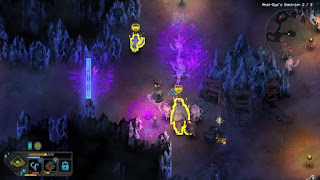