Crabs Powered by Simulated Physics!
Take control of a simulated physics-powered crab and take on various opponents in this 3D action game with one basic rule: "flip your enemy over to win". Take advantage of a wide range of equipment to beat your opponent down: claws, swords, guns, armor, jet engines, and more. Stop your opponent's blade with your pincers, run along walls, and generally go full-on crab with all the fighting techniques at your disposal. Get the total battle crab experience with amazing procedural animations and spot-on accurate collision detection - just like you've always wanted to but probably never realized.

Featuring 23 types of crab, 48 different weapons, and 11 unique battle stages!
1 vs. 1, 2 vs. 2, online/offline battle modes... This game has it all. Enjoy campaigns and training modes while waiting for your turn in battle!

Campaign Mode featuring over 41 battles as well as training, rankings, and more!
Go through the entire campaign on your own, or cooperate with friends - you can get the full experience either way!Test your might in the advanced-level Hard Mode and wave-based challenge stages to really hone your battle skills.

Link up with VRoid Hub
Go into battle sporting your very own original avatar on top of your crab!Original avatars can be seen by other players online, so you can show off your bitchin' avatars to players around the world.

In some completely different, super weird world, crabs have mastered human weapons and taken over the land.
Now immortal, these crabs cannot be killed by gun nor blade.
However, there is one crustacean rule by which all must live:
"He who turns his back to the ground shall know defeat..."
That's right - get flipped over on your back in battle, and you have no choice but to submit to your opponent.

You must now embark on a journey to become the strongest ever seen, and flip the entire world itself onto its back. 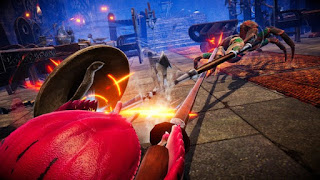 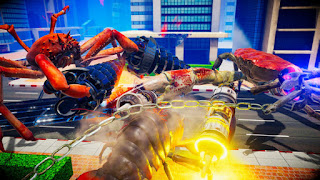 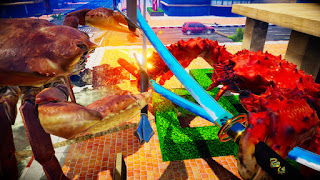